Visit for more related articles at Archives of Inflammation

Interleukin 17 (IL17) is an important pro-inflammatory cytokine. It plays an important role in causing a protective response from pathogens and pathological inflammation of autoimmune diseases. Smoking is one of the most important risk factors for lung cancer that affects the lungs. Chronic inflammation caused by smoking and other factors is associated with overexpression of IL17 in the airways, suggesting a possible association between IL17 and lung carcinogenesis. In addition, IL17 plays a major role in the progression of lung cancer through a variety of mechanisms. IL17 directly or indirectly promotes tumour angiogenesis and cell proliferation and inhibits apoptosis by activating inflammatory signalling pathways [1].

Chronic obstructive pulmonary disease (COPD) is a disease characterized by abnormal local and systemic inflammatory responses associated with lung cancer. Inside the lungs, cigarette smoke causes a strong inflammatory reaction in the airways and alveoli of sensitive smokers. It is a pathogenically important process for the pathological features of COPD, proteolytic alveolar destruction and airway remodelling [2]. The inflammatory response that characterizes COPD results in a repeating cycle of damage and repair throughout the lungs. This biological effect increases the risk of normal bronchial epithelium to malignant phenotypes.

These data confirm that a decrease in lung function, a physiological feature of COPD, is associated with an increase in markers of systemic inflammation. Many studies are investigating the relationship between lung cancer and abnormal lung function. Moderate to severe airway obstruction is considered an independent predictor of lung cancer development.

The increased risk of lung cancer is due to M. tuberculosis infection and has been derived from extensive epidemiological studies. The association between lung cancer and Chlamydia pneumoniae has been investigated using serological tests as evidence of previous infections. These mechanisms explain the epidemiological relationship and are not yet well understood. Chronic C. pneumonia infection has been shown to inhibit apoptosis of infected cells through induction of the immunosuppressive cytokine IL10 and reduce the antitumor CMI response. Another mechanism by which C was hypothesized. Pneumonia may increase the risk of malignancies by upregulating IL8 and promoting angiogenesis and cell proliferation [3].

Fibrous lung disease can also predispose to the development of lung tumours. This was initially suggested by the discovery of coexistence of interstitial lung disease and lung cancer in autopsy studies. The increased incidence of lung cancer observed with exposure to asbestos and silica appears to support this hypothesis.

The association between asbestos and lung cancer was first established almost 60 years ago. This association was confirmed by epidemiological data from the 1970’s, showing an 11-fold increase in UK textile workers exposed to high levels of asbestos dust. The results of a European study confirmed an association between occupational exposure to crystalline silica dust and lung cancer, with a 2-fold increased risk observed in those with the highest exposure. Other proven or suspicious occupational risk factors include nickel, chromium, beryllium, arsenic, and silica.

A study examining a cohort of patients with idiopathic pulmonary fibrosis found a 7-fold increase in the incidence of lung cancer compared to controls [4]. Overexpression of the p53 gene and subsequent mutations that occur in oxidative DNA damage and repair associated with inflammatory fibrosis may contribute to the development of tumour conditions in patients with idiopathic pulmonary fibrosis. 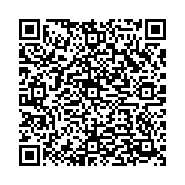 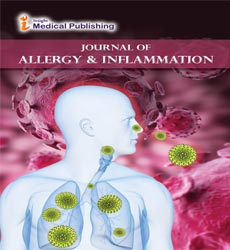